Maybe you found a cool YouTube video or you just want to learn some cool skateboarding tricks on ice. However you got here, if you want the answer to the question “what is freestyle skating? then read on for everything you need to know about this fun sport. 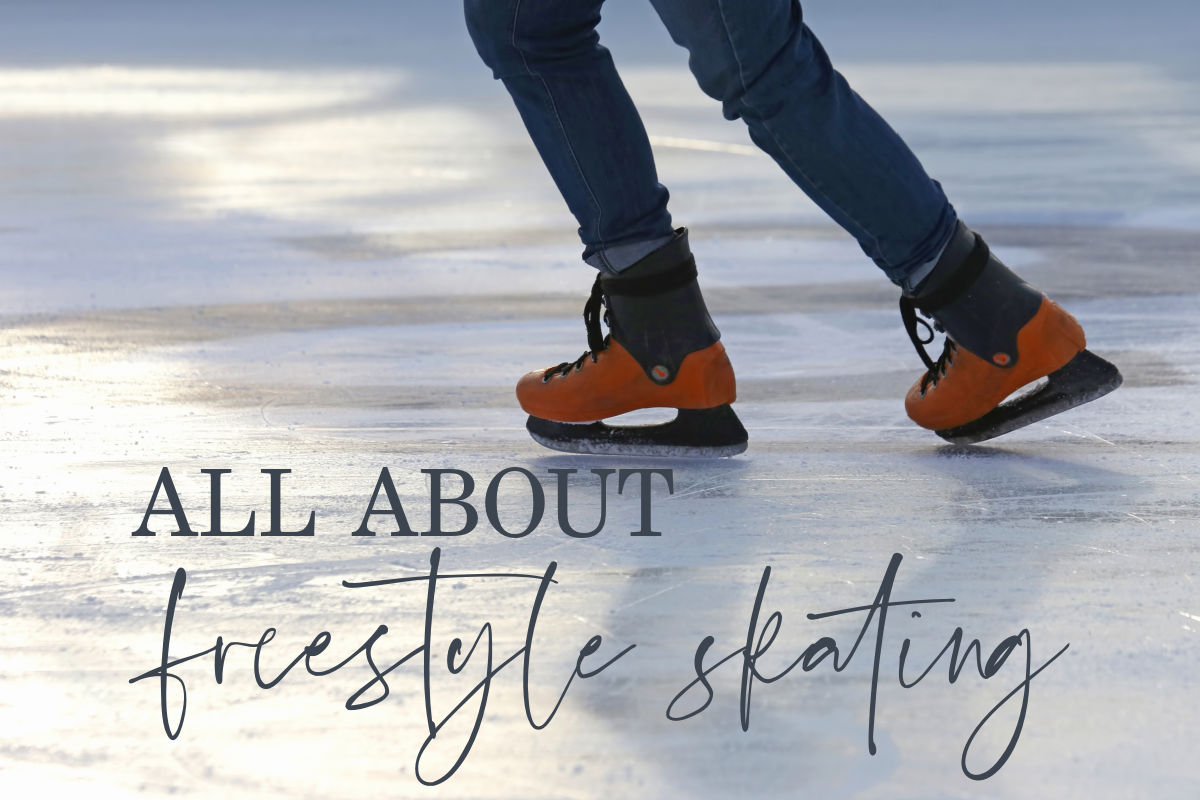 8 Benefits Of Ice Skating As Exercise

The Origins Of Freestyle Skating

Freestyle skating has been around since the early 2000s. It started with a few friends messing around on rinks and frozen lakes but has steadily gained popularity.

There are now many amateur freestyle skating competitions where competitors combine spins, jumps, tricks, and intricate footwork. They piece together routines that demonstrate their dexterity, speed, and agility.

What Is The Difference Between Freestyle Skating And Figure Skating?

Freestyle ice skating is very different from figure skating. The principles are the same in the fact that they are both performed on ice, and skaters formulate routines to demonstrate their skills. However, the two skating disciplines have very different styles.

Figure skating is the more traditional version of the sport with its own sub-categories. Skaters put together elegant routines to music while wearing flamboyant clothing made from thin material.

Freestyle skating has a “street style,” giving it more of an extreme sports feel. Freestyle skaters perform tricks that are a little more akin to skateboard and inline skate tricks. And rather than smooth, elegant ice dances, freestyle skaters have a more aggressive, almost rebellious style. This is also reflected in their clothing, as they don’t wear sequinned pants and ruffled shirts. Instead, they wear similar clothes to what you’d find a street snowboarder or skier wearing while hitting stair rails, etc.

What Skates Do Freestyle Skaters Use?

The thing about freestyle skating is that your choice of ice skates is critical. You’ll find that most freestyle skaters wear ice hockey skates. This is because they provide lots of support and are ideal for rapid changes in direction.

Before you buy ice skates for freestyle ice skating, it’s best to try some on. As with any footwear, different ice skate brands and models fit differently. For example, you can have skates with a traditional, contoured, or tapered fit. All of which suit different foot shapes.

It’s advisable to stay away from the cheapest ice skates. These low-cost models are not very stiff and will soften up quickly. The lack of stiffness will affect how the skates perform and reduce your control, which can be dangerous when performing tricks and jumps.

One of the things you need to consider is the width of the skates. Ice skates vary in width, so you need to ensure you don’t choose a pair too wide or narrow for your feet.

From the narrowest to the widest, ice skate widths are indicated as C, D, R, E, and EE. Your primary focus in choosing ice skates is comfort, but as a freestyle skater, you’ll also benefit from lightweight ice skates.

You’ll notice that higher-end ice skates have more features and are made from better materials. These skates are not necessarily the best for freestyle skating, as they are designed to withstand being hit with a hockey puck, which isn’t what you need. Therefore, you can save yourself some money by choosing less fancy skates for freestyle skating.

Is Freestyle Skating An Olympic Sport?

You may have seen the freestyle figure skating event at the Winter Olympics. This is a very different discipline that is more of a dance than an extreme action sport.

However, this doesn’t mean we’ll never see a freestyle skater wear a gold medal. Other action sports such as snowboarding, skateboarding, and BMX took many years before they were recognized as Olympic sports.

With some more exposure and a few big-name sponsors involved, freestyle skaters could make it to the Winter Olympics.

Is Freestyle Skating Similar To Snowboarding?

Freestyle skating has an air of snowboard influence in the fact that skaters pull big jumps and spins, but they are two very different sports. Snowboarding takes place on a mountain, and the rider has a sideways stance. A freestyle skater is limited to frozen water on a rink or lake and has a forward-facing stance.

If you were to compare freestyle skating with any other sport, a better comparison would be aggressive inline skating. Both sports have similar tricks that allow the skaters to express their individual styles using what they have.

For example, both types of skaters will attempt to jump far and high or over things. Also, both sports have similar tricks that demonstrate footwork skills.

There’s an endless list of freestyle skating tricks that gets longer by the day. These tricks range from super simple to seemingly impossible, with names as creative as the tricks themselves; let’s take a look at some examples:

The Boon is when the skater rotates in a semi-circle around one hand planted on the ice with one foot in the air at head height. It’s a pretty simple trick if you have the flexibility and is a cool way to change direction on the ice.

This trick gets its name from a British indy-pop keyboard player called Clint Boon. It’s said that his bowl-like hairstyle could be created by the sweeping action from an ice skate.

This style of grab can be seen in inline skating. But it is also very similar to an indy grab on a skateboard or snowboard.

The Turn-Away Bluto is a 360 spin while jumping over an object. But you need to bring your outside hand to head height. If you don’t lift your hand up, you’re just doing a 360, which would cost you points in a competition.

Freestyle skating is a super cool winter sport that’s bound to get more popular. It takes influence from other action sports and brings them to the ice rink. Many people see this as a refreshing change from the traditional ice skating disciplines, bringing ice skating to a younger, more street-style audience. 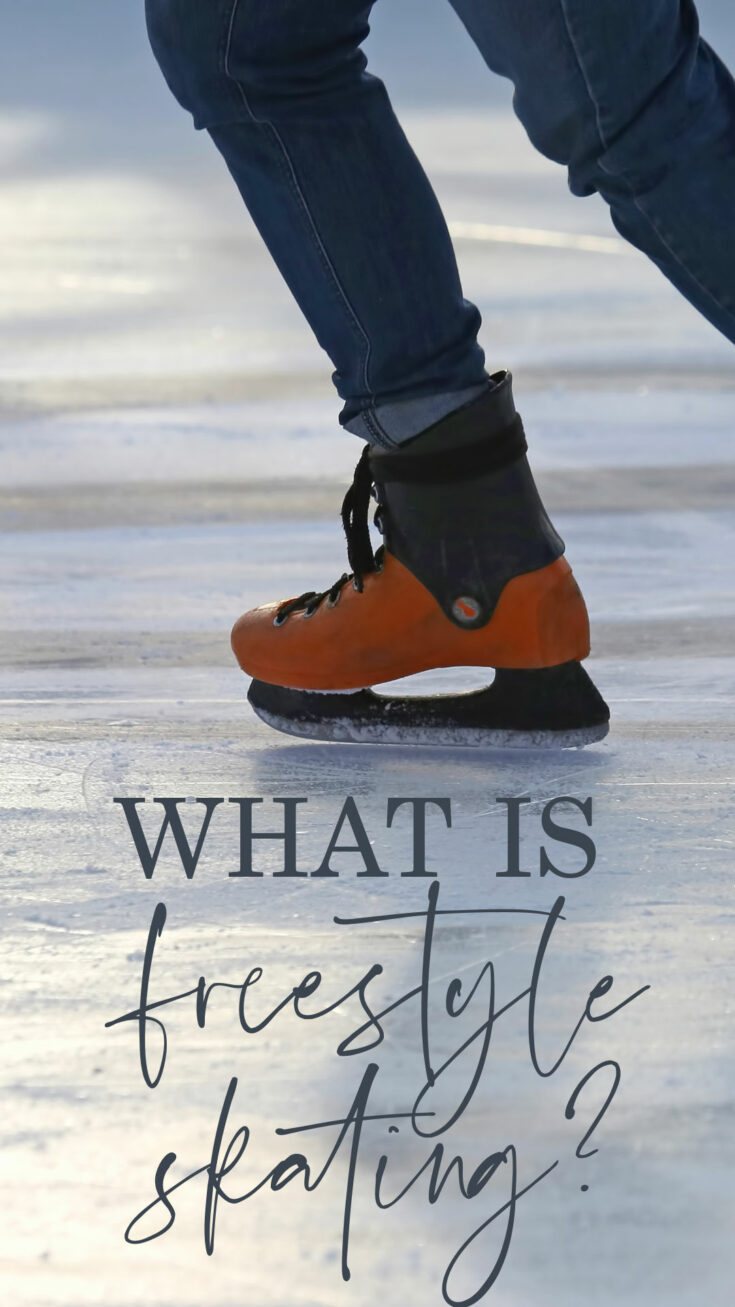