Want to wow your friends at the rink with some fun facts about ice skating? Well, you’ve come to the right place!

We’re put together 31 amazing pieces of ice skating trivia for you to test your figure skating know-how.

Some of them might seem obvious while others will likely surprise you. For example, did you know that that ice skates used to be made out of animal bones?

Let’s check out some other fun ice skating facts!

1.Ice skating was likely invented in 3000 BC as a means of transportation.

3.The first rink with artificially frozen ice, a private one, the Glaciarium, was opened in London in 1876

4. The first woman to jump a triple axel in competition was Midori Ito in 1988 and since then only 5 women have been able to land one in the Olympic games (2 of them during Beijing 2022).

5.The first male skater to complete a triple Axel during the Olympics was Canadian skater Brian Orser in 1984.

6. Ice Dancing did not become an Olympic sport until 1976

7. The first skating club was created in Scotland in 1742

8.Skaters can reach speeds of up to 48km per hour on the ice

9. The Kiss and Cry is an official name for the waiting area that coaches and skaters gather to get their competition scores.

11. Russian Skater Alexandra TrusovaTrusova is the first and currently the only female skater competing with four different quadruple jumps—toe loop, Salchow, flip, and Lutz as of Beijing 2022.

13.The first covered rink in the world was built in Québec City in 1852

14.Competitive skating consists of two sports: figure skating and speed skating. Both are then broken down into different disciplines and distances.

15. How did figure skating get its name? Until the 1990s figure skaters were judged on figures, or patterns, that they had to make with their skates on the ice.

16. Ice skating is most popular in Northern countries such as the USA, Russia and Canada.

17. One ice skating discipline that is not an Olympic sport is synchronized skating. It is very popular in Canada and Scandinavia.

18. One sport on ice that many don’t know is Ringette.Ringette is played mainly by women and is similar to hockey, however, instead of normal sticks it involves a straight stick and a larger puck.

19. During an airborne spin, skaters can exceed 300 revolutions per minute.

20. A skater can experience more than 4Gs of force when doing jumps or spins

21. In competitions, skaters skate two programs, a long and a short. The short is 2 minutes 40 seconds and the long program is 4 minutes.

22. To learn jumps, skaters use a harness either attached to the ceiling or held by a coach who follows them around the rink.

23. Numerous scandals have rocked the skating world including the Tonya and Nancy debacle (learn about it in the figure skating movie, I.Tonya).

24. The whole ice skating judging system got an overhaul after the 2002 Olympics in Salt Lake City when judges were found to be conspiring to fix the points.

25. Frank J. Zamboni invented the original Zamboni ice resurfacer in 1949. He was an American and the headquarters of the company are still in California.

The softer ice makes for easier landings for figure skaters.

27. Although it may sound strange, hot water is preferred when flooding or making an ice rink. This is because hot water contains less dissolved oxygen, or micro air bubbles which results in harder ice.

28. Many jumps and figure skating moves are named after the person who first invented them, examples include:

30. To make sure skates fit right, they are often heat molded in an oven when they are brand new,

31. Although you might think of ice skating as a sport where you only use your legs, it is also a great form of cardio exercise that works your core and arms too as you try to balance. 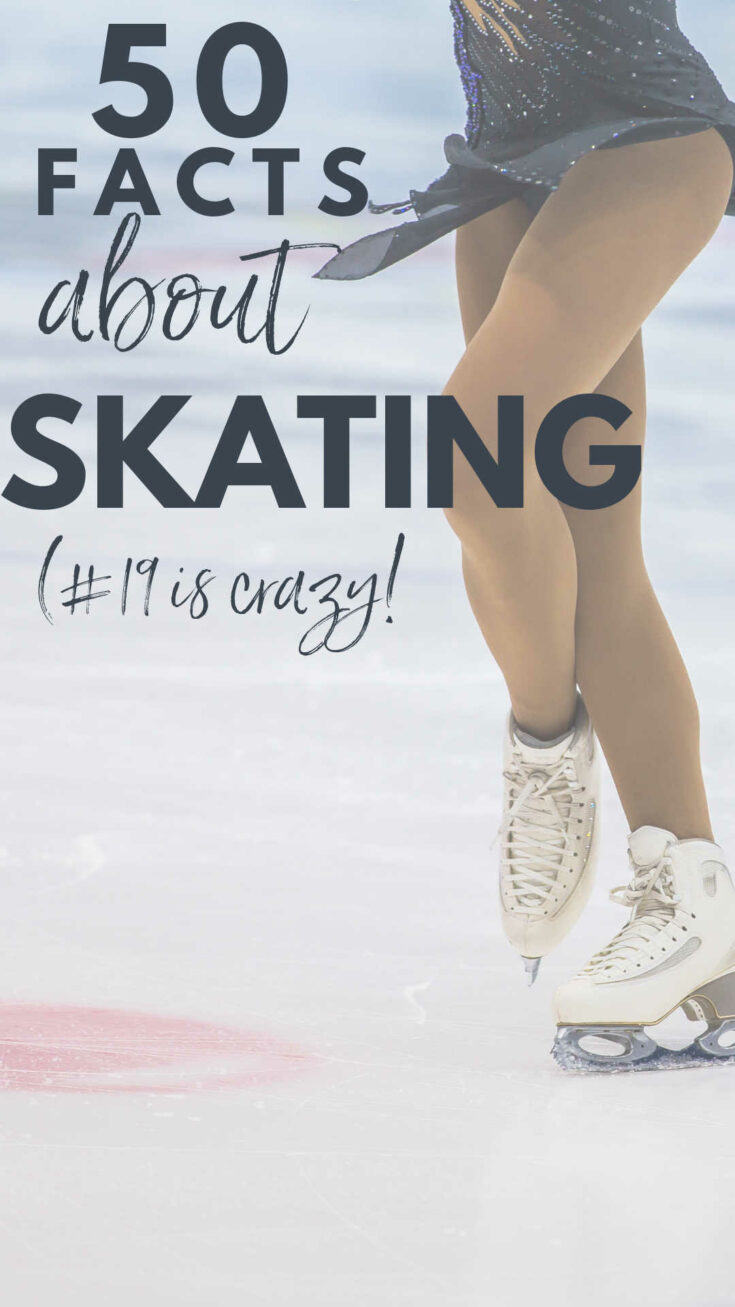