Did you know that there are various different ice skating rink sizes? Whether you are preparing for the Olympics or playing college hockey, not all rinks are created equal.

Next time you head to the ice rink for one of their public skate sessions, take a look around at the size of the rink.

While you might not notice, in fact, all rinks are different in size. It probably makes sense that outdoor rinks vary considerably in size but even indoor arenas are all a bit different.

Whether the ice surface is being used for ice hockey games, teaching small children to skate or open skate sessions, there are varying “standard” rink sizes that apply.

In this post we will show you the different standard sizes for indoor ice rinks. Read on for all the facts! 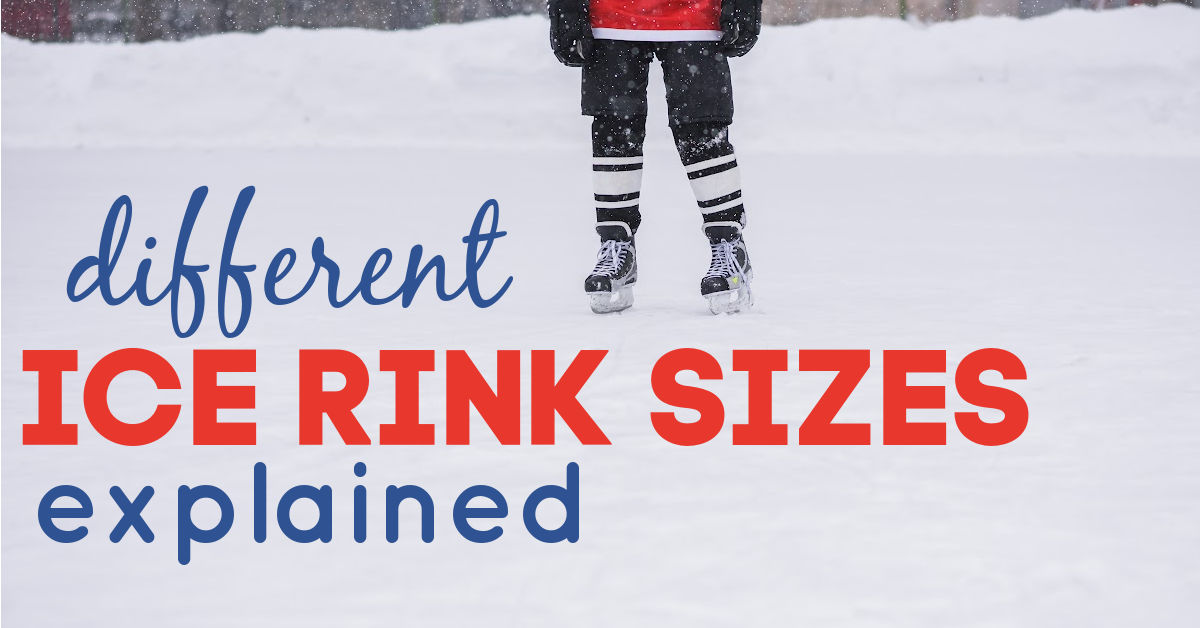 This post may contain affiliate links. Please read my disclosure for more information

How Are Ice Rinks Made?

Why Are There Different Ice Skating Rink Sizes?

Smaller outdoor ice rinks are often used for recreational skating and can be found in many public parks in the winter months.

A lot of people don’t know this, but the size of an ice skating rink can have a big impact on the quality of your skating experience.

A larger rink will allow you to build up more speed and have more space to execute turns and spins. However, a smaller rink can be more intimate and easier to navigate. Ultimately, it’s up to the skater to decide what size rink is best for them.

Size matters for ice skating rinks because the size of the rink affects the speed of the skaters and the quality of their jumps.

A larger rink allows for more speed and bigger jumps, while a smaller rink is more intimate and cozy. If you ice time is limited, a bigger rink will allow you to make the most out of your practice.

The size of the rink also affects how many people can skate at one time.

A bigger ice rink can accommodate more people, while a smaller rink may feel more crowded.

The regular sized rink you go to for public skates is 26 by 61 metres or 85 by 200 feet. In most places, these rinks are also used for junior hockey, figure skating and of course, public sessions.

The standard size of an Olympic rinks

International Olympic rinks are all the same size depending on the sport that is being played.

The rink is surrounded by a barrier that is 1 meter high. There are two blue lines that run parallel to each other through the center of the rink. These lines are used to divide the rink into two halves for hockey games.

Are all hockey rinks the same size?

Though one might think all hockey rinks are the same size but in fact NHL teams are made up of players who are used to rinks that are different from your standard American rinks.

Of course, most players who played pond hockey or college hockey growing up are used to all different rink sizes anyway.

The standard size of a hockey rink has actually increased over the years. In the early days of the sport, hockey players were used to an ice rink that was considerably smaller but in 1929 the National Hockey league standardized the rink sizes to 200 x 85 ft.

On the other hand, international hockey rinks tend to be much bigger 60 meters by 30 meters. Hockey players in the international leagues are used to these smaller rinks.

While all of these sizes can be used for playing hockey, they each have their own benefits and drawbacks that must be considered before settling on a particular size.

However, Olympic-sized ice rinks are also larger than North American rinks, measuring 200 ft by 98 ft, making it around 10ft wider than an NHL size rink in the United States.

The last ice skating rink sizes are for speed skating which many people only know from the Olympics.

There are two types of speed skating and both require a slightly different rink size. Speed skating takes place in an ice arena known as an “oval”

Long track speed skating used takes place in a rink that is at least 400 meters long although tracks with different sizes of 200, 250 and 3331⁄3 meters are used occasionally.

Short track speed skating takes place on a smaller rink, normally the size of an ice hockey rink, on a 111.12 m oval track.

Even when speed skating competitions and marathons take place on natural ice outdoors, the oval is typically the same standard size.

The disadvantages of a smaller rink

A smaller rink may not be able to accommodate as many people and this could lead to longer wait times.

Many outdoor rinks or synthetic ice rinks are small because of the cost of maintaining them and paying for the synthetic ice tiles.

The advantages of a larger rink

A larger skating rink has a few advantages over a smaller one. For starters, there is more room to skate around and explore.

You can also skate faster without worrying about hitting the walls or other skaters.

Another advantage of a larger rink is that it can accommodate more people. This means that you can go skating with your friends or family and not have to worry about overcrowding.

There will also be less of a chance of running into someone while you are skating.

Lastly, a larger rink will generally have better lighting and sound systems than a smaller one. This creates a more enjoyable environment for skating, especially if you are doing it for leisure rather than competition.

Why most public ice skating rinks are smaller

When you think about the ice skating rink sizes, it makes sense that Olympic ice would be the biggest while public arenas might be small. Just like with swimming pools, there are all sorts of sizes and shapes when it comes to private ice rinks.

The average size of a public ice skating rink is about 17,500 square feet. The reason for this is that most people who ice skate do not need a lot of space to move around. They can skate laps or practice their skills without having a lot of room.

Another reason why most public ice skating rinks are smaller is because they are usually located in busy areas.

Many they are in a shopping mall or in the basement or rooftop of a hotel. There is not always a lot of space for a large rink. They have to be able to fit into the available space.

The last reason why most public ice skating rinks are smaller is because they are not used all year round. In the summer, the rink would just be taking up space that could be used for other things.

So, it makes more sense to have a smaller rink that can be used when it is cold outside. 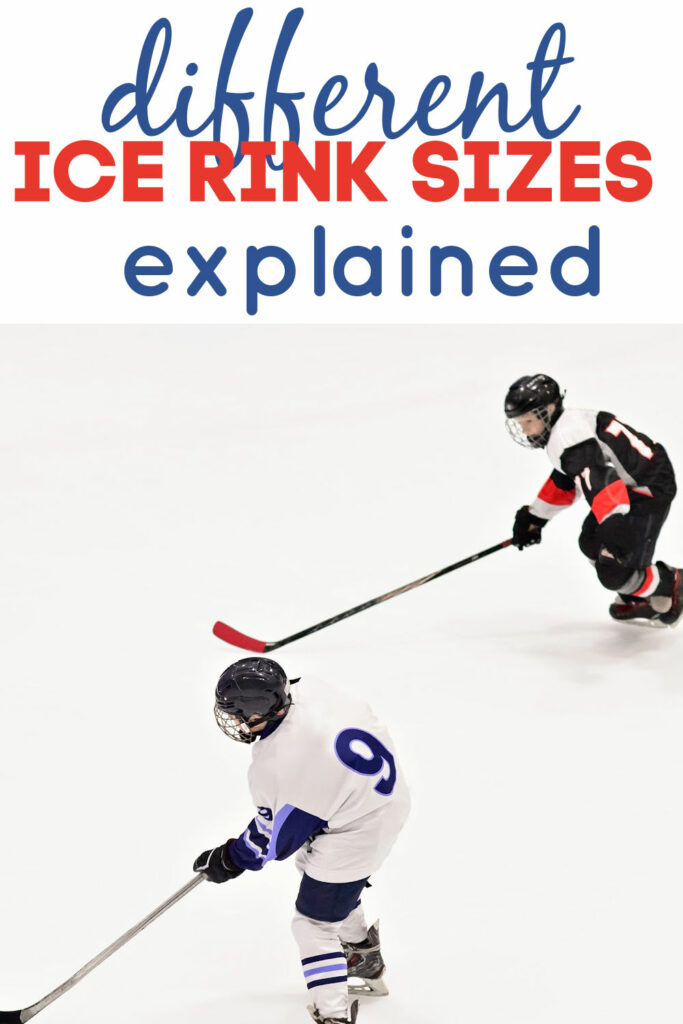