We’ve all seen competitive figure skaters wow with their crazy jumps and amazing height but for the untrained eye, it can be hard to understand the different jumps.

In this article we will show you all the different ice skating jumps easiest to hardest. 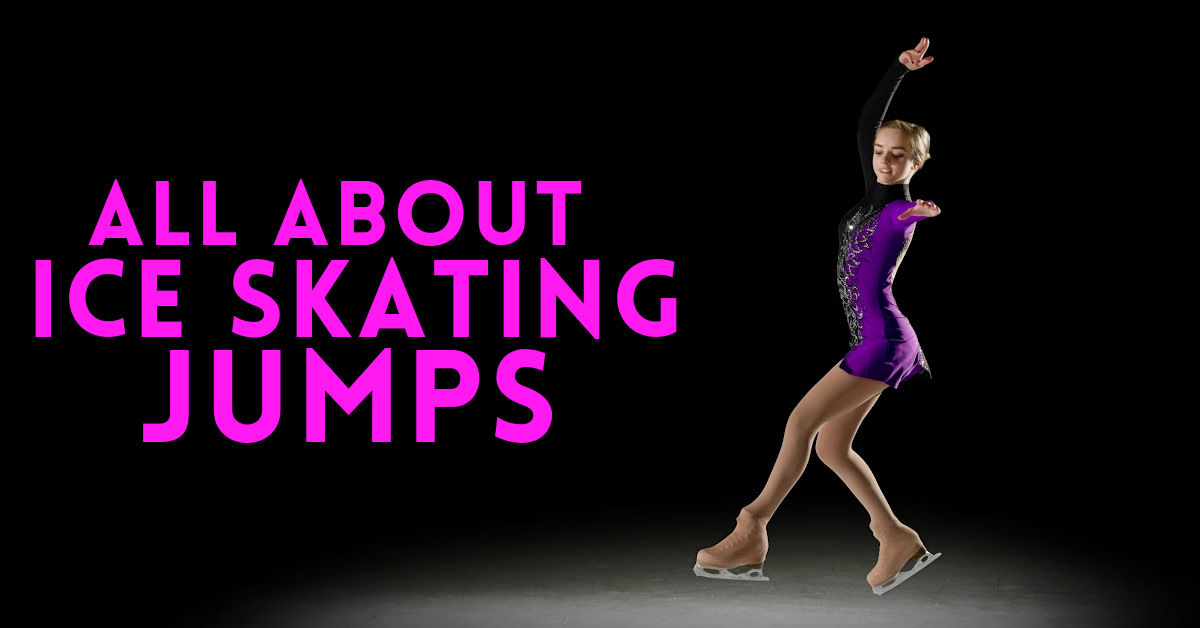 This post may contain affiliate links. Please read my Disclosure for more information.

Another thing to note is that each individual jump can be made progressively harder by the number of revolutions involved.

For example, the top male ice skaters and some female skaters can now perform quadruple jumps meaning they rotate 4 times around in the air while jumping.

Whether you’re a beginner or a seasoned ice skater, nailing those jumps is always a satisfying feeling.

But which jumps are the easiest to execute? And which are the most difficult? Below we will list ice skating jumps in order of difficulty. 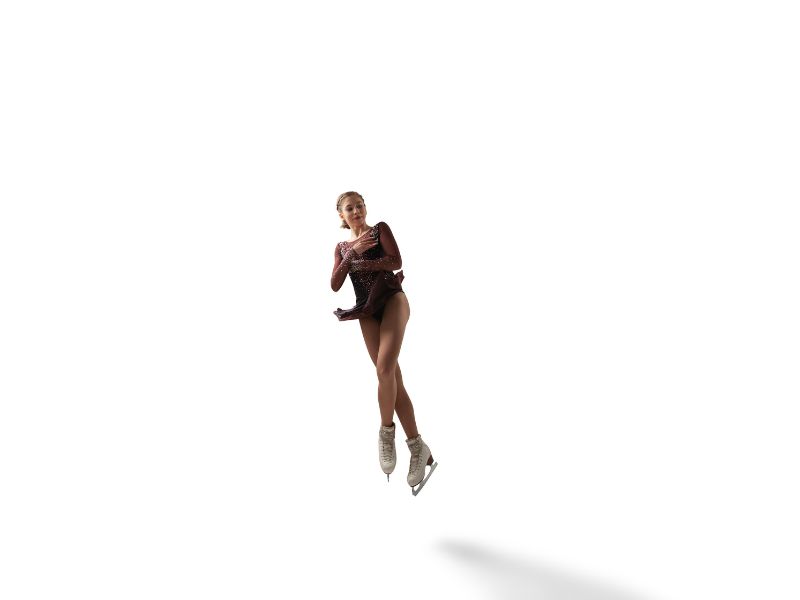 There are two different types of jump in figure skating – edge jumps and toe jumps.

The Euler is also a toe jump and was known as the half-loop before 2018.

The Waltz Jump is one of the most basic ice skating jumps and is usually the first jump learned by beginner figure skaters. It is also used as a pratice jump for the axel.

The waltz jump is a half rotation jump meaning you start facing one way and end the other way,

The key to a successful waltz jump is to keep your arms close to your body and not swing them too much, as this will throw off your balance.

Another important tip is to make sure you take a strong enough push off from your foot in order to get enough height and rotation.

Once you have mastered the basic technique of the waltz, you will be ready to move to the full rotation jumps.

With practice, the Waltz Jump can be a beautiful and elegant move that looks effortless when executed correctly.

The toe loop jump is a figure skating move that most skaters view as one of the easiest jumps.

Because of the ease of this jump, in an international competition, you may see it as a triple jump or even a quad jump.

As the skater’s toe pick is used for the take-off, it is easier to get height and power on this jump than on some edge jumps. 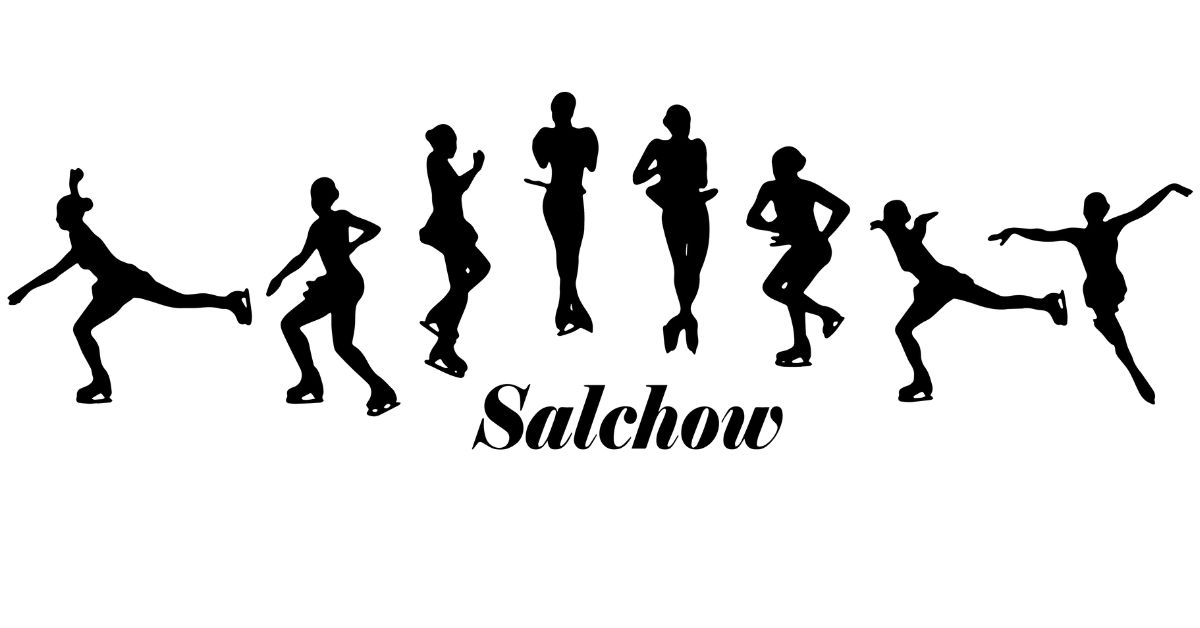 The Salchow is an edge jump that is named after Ulrich Salchow, in 1909 who invented it.

It is one of the most common jumps for beginners to learn after the waltz jump as it does not require too much height or rotation.

You can jump the Salchow in either a clockwise or counter-clockwise direction.

One of the key things to remember when doing a Salchow is to keep your free leg close to your body as you rotate in the air.

This will help you maintain your balance and land the jump correctly.

The loop jump is a relatively easy ice skating jump for beginner skaters and is one of the most important jumps to learn.

In competition, it is often the second jump in a combination element which includes two or more jumps in a row.

To execute a loop jump, the skater takes off from an inside edge and makes one full rotation in the air before landing on an outside edge.

The key to a successful loop jump is maintaining good body position throughout the entire jump.

While the loop jump may seem simple, it is important to remember that proper technique is essential for a successful jump.

Skaters should focus on maintaining good body position and keeping their hips over their feet throughout the entire jump. 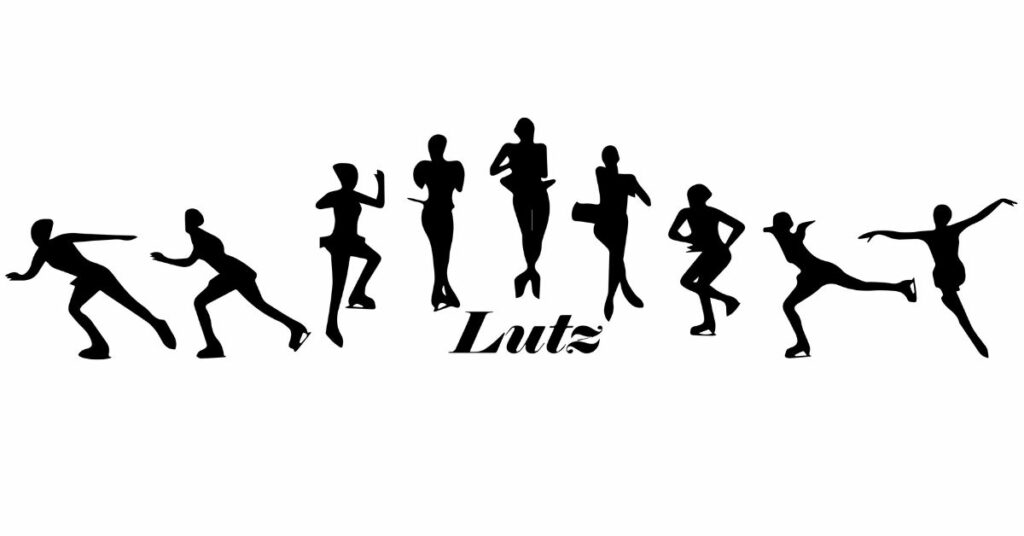 Lutz is one of the most difficult ice skating jumps.

It requires perfect timing and execution in order to land properly.

The Lutz jump got its name from Alois Lutz, who first performed the jump in competition in 1913.

The key to a successful Lutz is getting enough height and distance while maintaining perfect form throughout the jump.

One of the biggest challenges of the Lutz is that it can be difficult to keep your balance while you’re in the air.

Skaters often have to make last-second adjustments to their body position in order to land correctly.

The Lutz jump is a beautiful and impressive move, but it takes a lot of practice and precision to execute it perfectly.

It is common to see triple lutz jumps in competitions such as as the Olympics.

Women’s figure skating made waves when ROC skater Alexandra Trusova was the first woman to land a quadruple Lutz in competition in 2018.

Flip jumps are one of the most popular ice skating jumps, and they can be relatively easy to learn.

They involve taking off from a backward inside edge, using your opposite toe pick to propel you in the air then landing on that foot.

With a little practice, flip jumps can be a lot of fun and look impressive when executed correctly!

image made by Helena Grigar

The most difficult figure skating jump is the Axel. It is also the only jump that takes off from a forward motion.

This means that there is an extra half rotation in the Axel even for a single jump.

This extra rotation is what makes the axel extra tricky and one of the hardest jumps to land cleanly.

The Axel is a jump in figure skating that takes off from a forward outside edge and lands on the back outside edge of the opposite foot.

The skater must take off from a clean outside edge and rotate 1-1/2 times in the air before landing.

Norwegian figure skater Axel Paulsen invented the Axel and gave it the name in 1882.

The Axel is one of the most difficult jumps in figure skating because of its takeoff position and number of rotations required.

It is also one of the most rewarding jumps because it looks impressive when executed correctly.

Landing your first Axel is a big deal in figure skaters and even in Olympic competition, many skaters struggle with landing a triple jump.

In 2022, American figure skater Ilia Malinin became the first athlete in the sport’s history to land a quad axel in competition.

This was after jumping king Yuzuru Hanyu from Japan almost landed one at the Olympics. 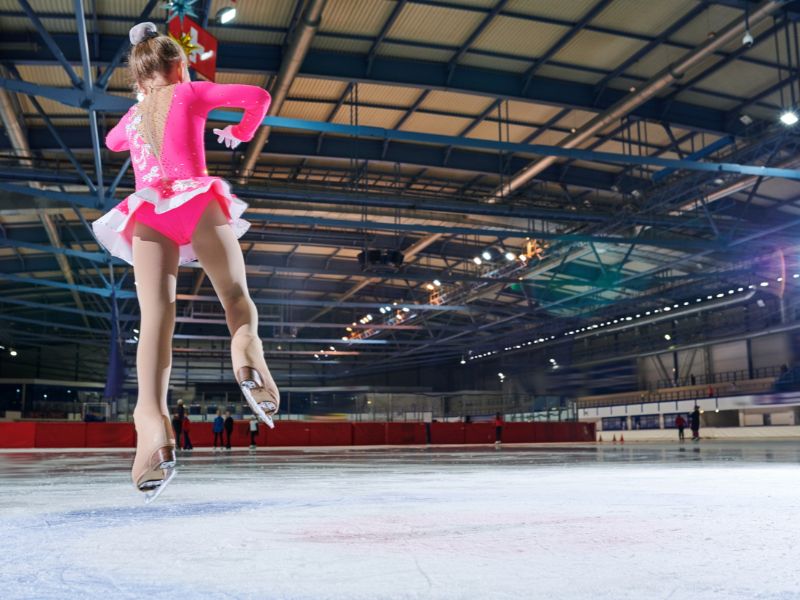 What’s the difference between a flip and a Lutz?

The main way to know the different between the flip and the Lutz is the take off edge of your skate.

The flip takes off from backward inside edge while the Lutz from the backward outside edge.

Both jumps use the opposite toe pick to takeoff and then land on the same “free” leg.

The most difficult jump of the two is the Lutz because you do counter-rotation.

The Axel jump, gets the highest base value of points in competitions run by the International Skating Union because it is so hard.

It can take skaters months to land their first single axel and only elite skaters have a triple axel as part of their repertoire.

The toe jumps are easier than edge jumps in figure skating because using the toe pick of your figure skates helps you gain power and height. 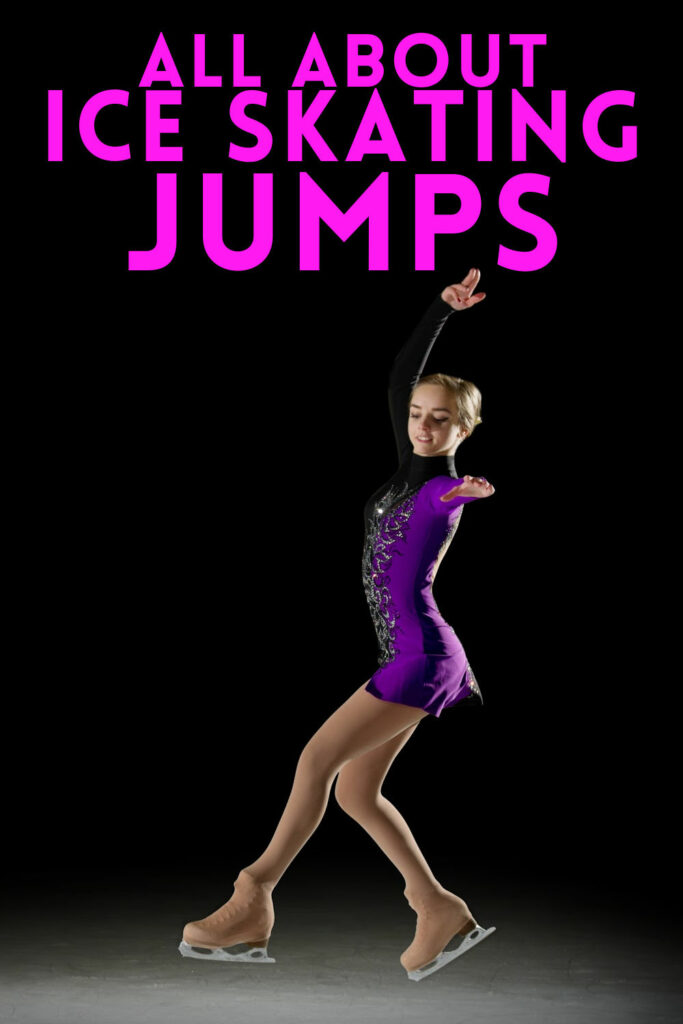