When you first start ice skating, you may see a lot of terms online that you don’t understand. If you have skater friends, you might not understand half of what they’re saying to each other. This guide should help you find your way.

Then I’ll include a section at the bottom of this article with links for more resources if you want to dive into a specific area of ice skating terminology.

There are many different sides to skating such as ice dance, pairs, competitions and more. So there can be a lot of different terms for you to learn when you first get into ice skating.

That said, you don’t really need to know all of these terms—you’ll find your way, with or without them. But if you want to prepare yourself to know all the ice skating lingo, I’ll give you even more resources to dive into at the bottom of the post. 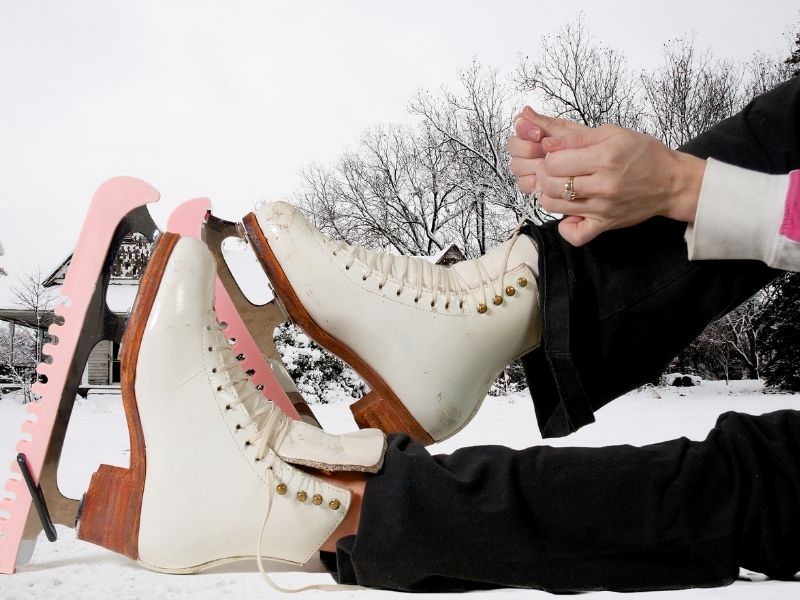 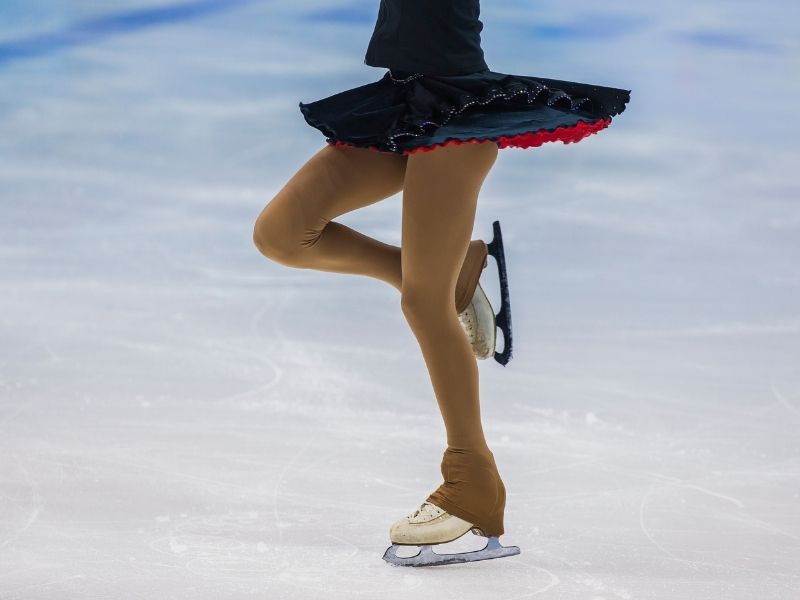 Axel : the hardest jump and the only jump that takes off from a forward position

Choctaw: A two foot turn with a change of edge

Crossover: Crossing one foot over the other while skating along a curve.

Flip Jump: A toe jump in which the skater takes off from the back inside edge of the skating foot with assistance from the toe of the free foot, turns one rotation in the air and lands on the back outside edge of the original free foot.

GOE (Grades of Execution): Part of the ISU Judging System for competitions

Ina Bauer: Similar to the spread eagle but with the feet in different positions and with a lay back.

Kiss and Cry: The area where the skaters wait with their coaches to get their results at competitions

Mohawk: A two footed turn on the same edge

Over-rotated: A mistake in a jump where the skater over-rotates past the landing position

Pairs: A discipline where a man and a woman skate together doing jumps, throws and other field moves.

Quad: a) A jump with four rotations. b) The four years preceding a winter Olympics

Shoot-the-duck: The position of a sit spin with the skater crouched down with one let in front.

Spins: There are three main types of spin, each wit their own variation: the upright spin, the camel spin, the sit spin

Spiral: A spiral is a glide on long edges in arabesque position in which the free leg is held equal to or higher than hip levels.

Synchronized Skating: A team sport where skaters skate in unison to music

Transition: A passage between elements. In the Short Program, transitions necessary to link the required elements are permitted provided they cover less than half of the ice surface.

Twizzle: A traveling turn on one foot with one or more rotations which is quickly rotated with a continuous (uninterrupted) action. The weight remains on the skating foot with the free foot in any position during the turn then placed beside the skating foot to skate the next step.

Waltz Jump: Generally the first rotational jump that skaters learn. The skater takes off from a forward outside edge, completes 1/2 revolution in the air, and lands on the back outside edge of the opposite foot. 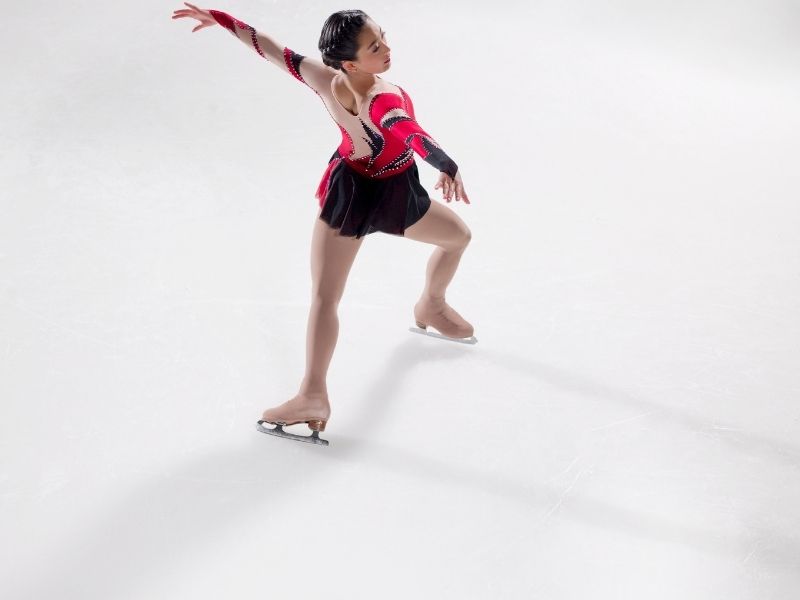 Unlike hockey, there isn’t a ton of ice skating slang but here are some of the most common terms:

Telegraph a jump: When a skater has no transitions or movement except gliding on one foot before a jump.

Smoke break:  The skater stops skating in the middle of the program in the guise of choreography when they are really just catching their breath for the second half of the program

Flutz: A lutz with an inside edge (incorrect technique as it becomes a flip)

Waxel: A failed axel, typically a very dramatic one and often with a faceplant

There are so many amazing ice skating terms that it is almost impossible to create a comprehensive list.

If you want to do a deep dive into all the different figure skating terms, here are some great resources:

A gif guide to figure skating jumps (The Atlantic) 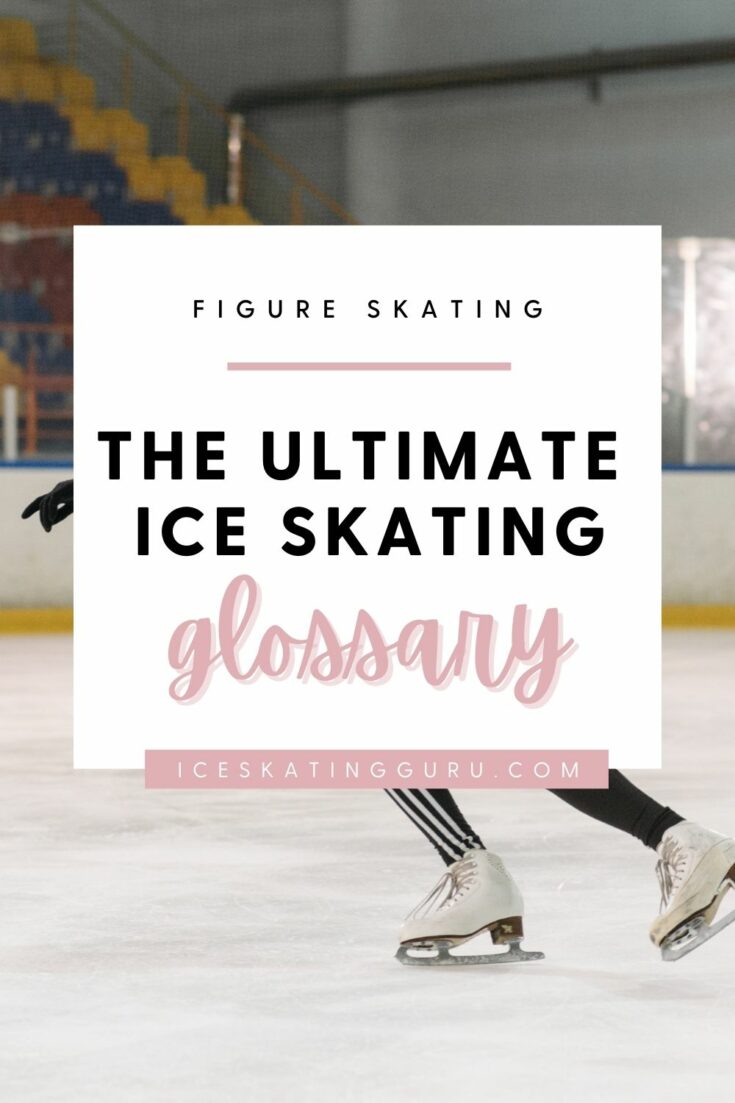