Ice skating is one of the most common winter sports all over the world, but where is ice skating most popular in the World?

While the USA and Russia dominate in overall numbers of participants, it is Asia that leads the way when it comes to ice skating popularity.

China, Japan and South Korea  are all among the top with the most ice skating fans who tune into watch their favorite skaters in competitions and ice shows.

Ice skating is most popular in countries with cold climates, where it is an affordable and easy way to keep people active during the winter.

However, ice skating can also be enjoyed in warm climates where there are temporary ice surfaces available. Name a country that is known for ice skating and you will typically get a list of the countries we typically associate with snow and ice – Canada, Sweden and Russia. 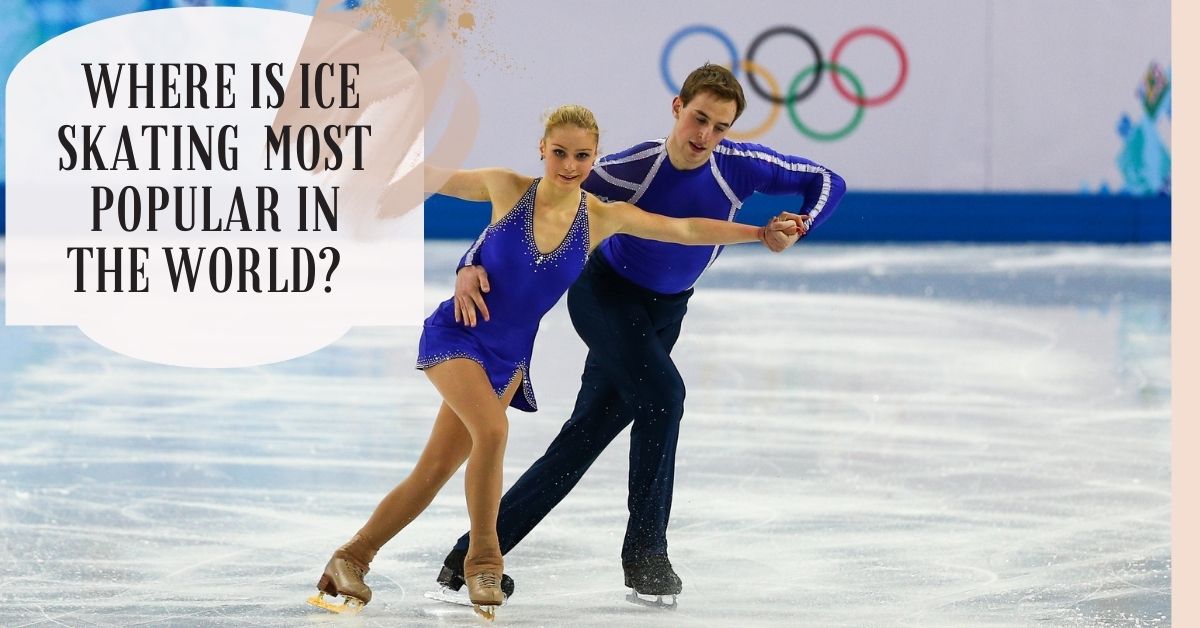 Where Is Ice Skating Most Popular In The World?

Ice skating is most popular in North America and Europe, but there are a few places in the world where it is more popular than anywhere else.

In China, ice skating is a popular winter sport that is enjoyed by people of all ages.

In Russia, ice skaters compete in prestigious championships that are televised all over the world.

Japan has a long history of ice skating and continues to be a center for the sport. Ice skating is also popular in South Korea thanks to Yuna Kim who brought the skate to the mainstream in that country.

Let’s take a look at some of the places where skating is the most popular and the famous skaters that you might know.

Name a Country That Is Known For Ice Skating

No post about the popularity of ice skating is complete without mentioning the powerhouse that is the Russian team, especially those ladies coming from “Team Tut”.

Ice skating is a popular winter sport in many countries. Russia, however, is known as the country where ice skating is most popular.

The Russian landscape provides plenty of opportunities to ice skate, including lakes and rivers. In addition, many Russian cities have indoor ice rinks that are open throughout the year.

The popularity of ice skating in Russia is well-known and celebrated. The country has many ice rinks, and skaters from all over the world come to skate there. Russia’s love of ice skating is also evident in the many sculptures and paintings dedicated to the sport.

Ice skating has a long and storied history in Russia. Russia has a rich ice skating tradition, and the country is home to some of the best ice rinks in the world plus some of the most developed training programs which, while controversial, do get results for the country.

Russian skaters are some of the most accomplished in the world, and they have won many prestigious titles at international competitions.

Ice Skating is extremely popular in Russia and ice shows sell out everywhere. Not only that but figure skaters are state sponsored meaning they get apartments and funding for their training (unlike in most other countries).

Famous skaters from Russia are numerous and the names change every few years as many skaters get injured due to the strenuous training regimes. Top skaters include Anna Shcherbakova (2022 Olympic Gold Medalist) and Sasha Trusova (2022 Olympic Silver Medalist) 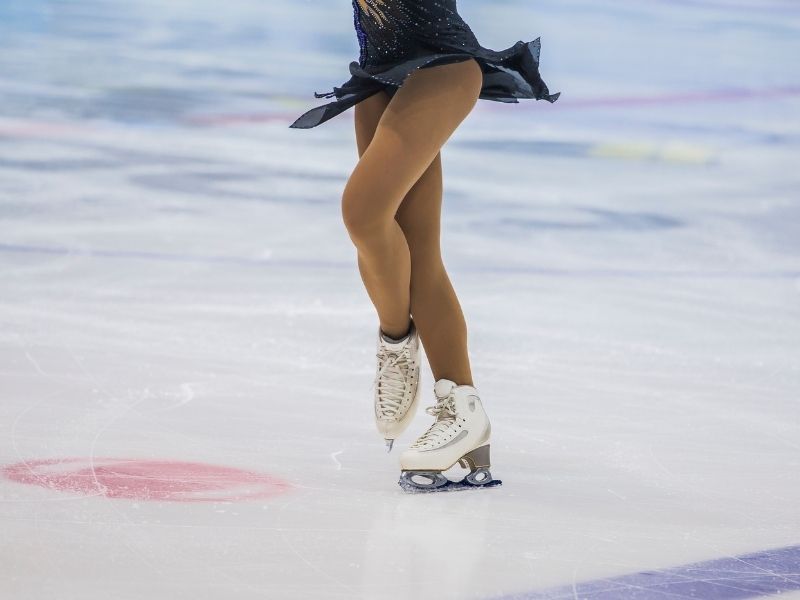 The United States is considered to be one of the world’s most popular countries for ice skating.

This is likely due to a large number of ice rinks available throughout the country and the popularity of figure skating and hockey. There are many ice rinks across the country, and people of all ages can enjoy skating.

The ice rink in Rockefeller Center in New York City is especially popular and is world-famous around Christmastime.

Not only have American skaters dominated the world of figure skaters for decades but scandals such as the Tonya Harding/Nancy Kerrigan incident helped to popularize the sport in the 1990s.

Ice skating is a popular winter activity in Canada and of course one of the national sports is ice hockey.

Many people also have backyard rinks plus skating on ponds and frozen lakes is a normal winter past-time in many areas of the country.

In addition, many community centers have ice rinks that are available to the public. Figure skating is a very popular sport in Canada, and the country has several world champions and Olympic medalists in ice skating, including ice dancers Tessa Virtue and Scott Moir, Patrick Chan and Kurt Browning.

Ice skating is a popular winter sport in Sweden.

It is the most popular winter sport in the country, with over 1.5 million people skating annually. There are over 400 ice rinks in Sweden, and the country has produced many world-class ice skaters. Swedish ice skaters have won numerous medals in international competitions, including five gold medals at the Winter Olympics.

Synchronized skating in particular is very popular in all Scandinavian countries including Sweden and especially Finland.

Norway is one of those places that we think of when it comes to ice skating.

The country has over 100 ice rinks and is the birthplace of the sport.

The best places to go ice-skating are in the larger cities, but there are also many small ice rinks around the countryside. Ice skating is also very popular on frozen lakes ion the Oslo forests.

If you watched the 2022 Beijing Winter Olympics or the 2022 ISU Figure Skating World Championships you will know that the Japanese team pretty much dominated, especially in the singles categories.

A lot of the current popularity is thanks to one young man called Yuruzu Hanyu. Hanyu is the first Asian men’s singles skater to win the Olympic gold and has a fan following as big as any K-pop boy band.

The field of talent in Japan is especially deep with Kaori Sakamoto winning the  Womens 2022 Gold at Worlds (and the Bronze in the Olympics), plus two Japanese men podiumed too.

Why Is Figure Skating So Popular In Japan?

We don’t usually think of Japan as a country of snow and ice so it can make you wonder why ice skating is so popular there.

In fact, figure skating has a long history in Japan and has been popular since the 1920s.

Some of the reasons why Figure Skating is so popular in Japan include the following:

There are many professional skaters in Japan, and they often participate in major international competitions. Japanese people love figure skating because of the elegance and grace of the skating movements.

Which Country Has The Most Gold Medals In Figure Skating?

Some of the countries with the most gold medals in Figure Skating are the USA, Japan, Russia, Canada, and Sweden.

So, there are a few countries that dominate in this sport. However, no country has a monopoly on this form of competition. In fact, other countries such as Austria and China have also produced some great figure Skaters.

There are many places where ice skating is popular in the world, including Russia, Canada, Japan, and Sweden, but some places have a much greater presence than others.

Some of the most popular areas for ice skating are Europe, North America, and Asia.

These regions may have more dedicated rinks or more people who enjoy ice skating, which makes it a more popular sport. Other regions, such as Australia and South Africa, may have a great number of participants but not as many dedicated rinks. In any case, whether or not an area is popular for ice skating largely depends on the climate and terrain.

It’s hard to say definitively where ice skating is most popular in the world, as there are so many great places to enjoy this winter sport.

However, some countries that are especially well-known for their ice rinks include Russia, Canada, and Sweden.

In Russia, millions of people visit ice rinks every year thanks to their extensive network of facilities. Meanwhile, Canada with its vast and diverse landscape has lots of great places for skating indoors and outdoors.

And in Sweden, the popularity of ice skating is thanks in part to the country’s cold winters – making it the perfect activity to do when temperatures outside are below freezing! 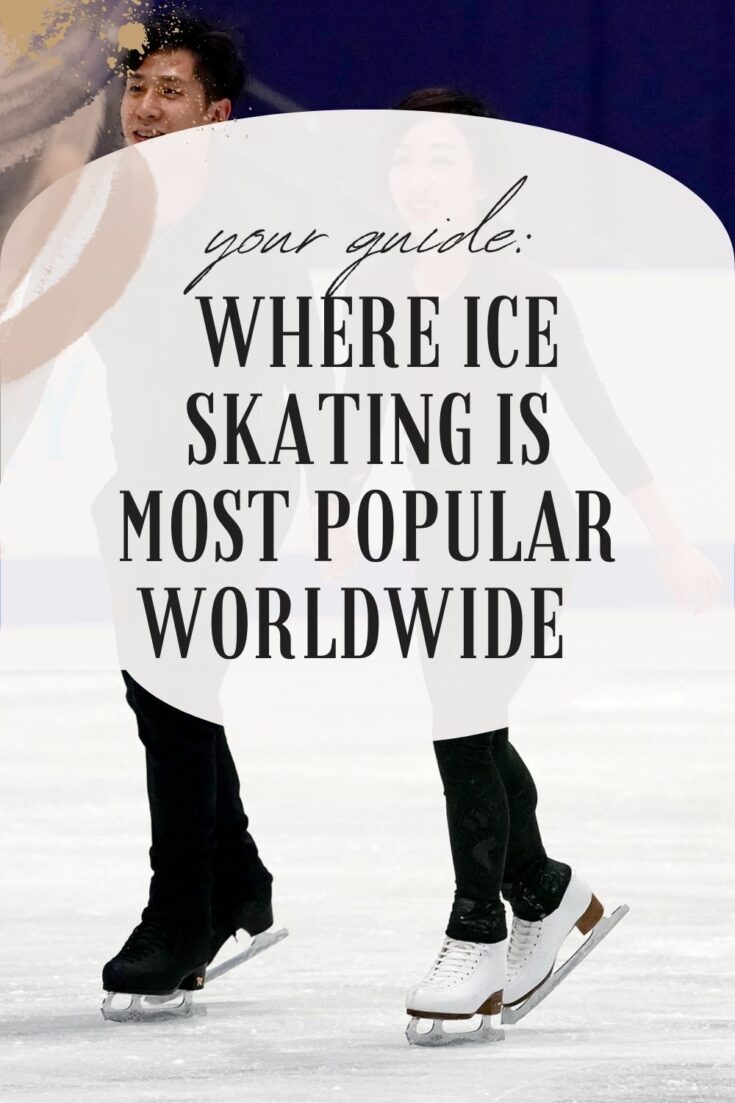